This Sims 3 Guide was originally written for the PC and Mac versions of the game, but also will help owners of the console versions - PS3, Xbox 360 and Wii. Please remember some info or numbers may have changed.

To join the criminal career track in the Sims 3, apply at the warehouse. Criminals will need athletic skills to excel at their jobs. There are two branches in the criminal career track, thief and evil. Evil Sims who become Emperor of Evil will glow red from time to time, frightening skittish Sims. Master Thieves will receive a golden fox statue that can boost mood. Emperor of Evil will require logic and athletics, whereas Master Thief requires only athletics. I actually prefer the master thief branch, as it has a better reward and is less difficult to get promoted in.

Athletic
The Athletic trait will help either thieves or evil masters. Either branch requires the ahtletic skill to be successful, and this increases the rate they'll "learn" that skill.

Genius
If your Sim is shooting for emperor of evil, take this trait. It will help them to raise logic faster. Do so early, because the logic skill will pop up suddenly at level 8 in the career track with a high requirement.

Look to Good Traits For Every Career for more ideas.

Sort
Simmylala says...
My Sim's house was robbed every day, even when she was at home! I ended up typing in testingcheatsenabled true and shift clicking on her, and deleted her. I've deleted 3 burglars so far, LOL, I'm glad I have a dog guarding the house ;-P

2
Gracefulclutz says...
Does the Emperor of evil glow stay even if he switches jobs? He just had twins with his wife and I think he needs a more "lucrative" job, like starting over and switching to thief. However, I LOVE THE GLOW! I want to keep it, but if he can't keep the evil glow if he's a thief then... I'm not sure what I want more for him, to look awesome or to get more money ! xD

2
Awesome says...
Type in this cheat: testingcheats enabled true. Do not put a period and true must be a space for true then click your mailbox (press shift) while clicking it then go to careeres and you can pick whatever career at any level!

1
Tori says...
Yeah, many careers have different hours in Bridgeport.

1
MeganC says...
I have a male vampire sim, so I prefer for him to be a criminal. His athletic skill is mastered, and he's only a level 2 criminal. The problem is, I get arrested from work almost EVERY single day. Is there anything I can do to decrease the likelihood of this, or is it just sheer crappy luck?
Admin:
It's sheer crappy luck.  It might also depend on what option you're choosing while he is there.   I always did the one where they were grovelling to leader or conspiring with accomplices and it was 40/60 chance.  Having the lucky trait, a good mood and/or the vacationer LTR can be big helps.

1
Laura says...
My sim has the same problem, where the police take her out of work and arrest her. I can't get a promotion!!

1
Kate says...
Honestly, this has never happened for me. My Sim is level 5 in the career but she has never been arrested so far. Her current athletics skill is level 6 which probably helps and I always send her with her hunger/sleep/bladder/hygiene stats at 80%+. So try sending your Sim with a good mood or try increasing the athletics skill. Mine is probably pure luck (although I don't have the Lucky trait) but who knows?

1
Peter says...
I think there's a bug in my game because as a Con Artist it's marked that I don't work on Wednesday and Thursday (here and ingame), but if I "skip" on W the bar goes down...

1
Amanda says...
yea the same here. and then vvhen you go to vvork to stop the bar from lovvering they go but they dont come back until you cancel the action. I think its just a game glitch. Not a huge one IMO though.

0
Amanda says...
I'm playing the night life version in bridge port and I can't figure out where to become a criminal! There is no warehouse. Please help

1
DumbOreo says...
there is a warehouse in bridgeport and i am preety sure it is close to a bar that is called waylons haunt or something like that

1
morankayn says...
Yes, the rabbithole is in an 'abandoned warehouse' near to Waylons Haunt. If you still can't find it look on the computer or newspaper for the job. If that's still not working I think you can use a cheat. Type in "testingcheatsenabled true" into the cheat box and then shift click your mailbox, the option should be there to chose career.

0
Sopher says...
I'm stuck at level 5. I don't know what to do.. faces are always green and the progress bar is always full.. Sim has full athletics

2
Fiona says...
Does anyone know if traits balance out reactions to auras? For example if I had a Good (Dislikes Evil Aura) and Mean-spirited (Likes Evil Aura) Sim would that sim be upset by the aura, like it, or be indifferent?

0
Playalot says...
Sims will still be upset by the auras. But you can maintain a relationship still, just takes dedicated work!

0
Fiona says...
Thank you! So traits that dislike the aura take priority over ones that like it. What about law enforcement and criminal career sims? Do Evil law enforcers still hate the aura?

0
Playalot says...
Careers shouldn't make an impact, if the sim is evil then the aura shouldn't effect them negatively.

0
Frank says...
Evil/Insane Traited characters get relationship bonuses when nearby the emperor and they act happy to see them too. 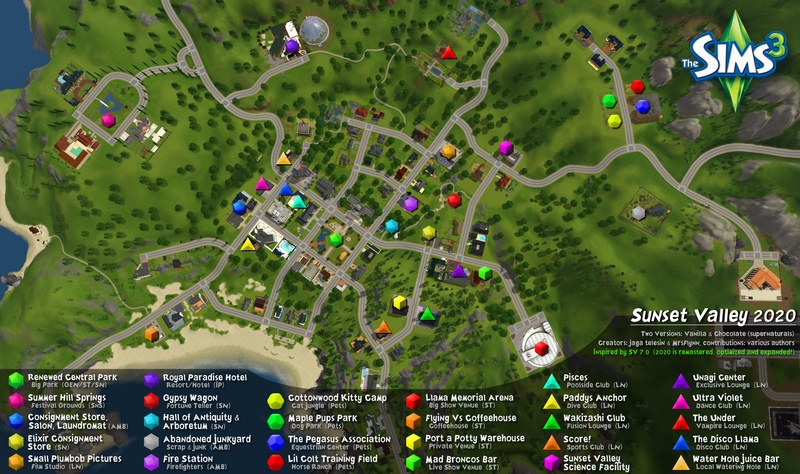 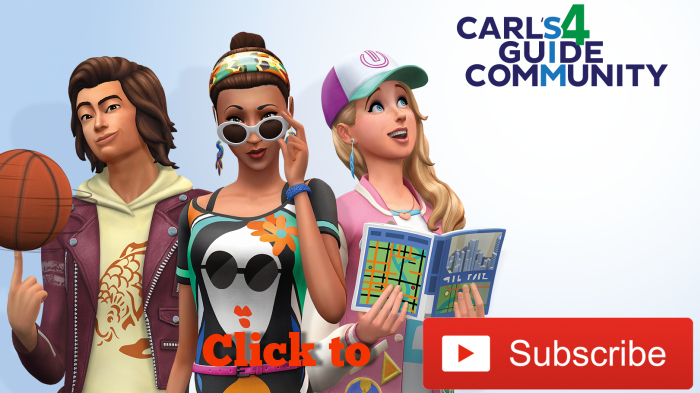